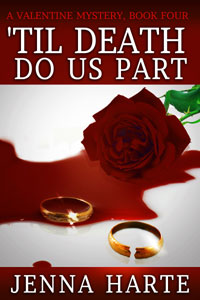 When you think of romantic couples, you probably think of Elizabeth and Darcy or Cleopatra and Anthony. I agree that they are romantic couples, but along with the romantic words — “You pierce my soul,” Capt. Wentworth in Jane Austen’s Persuasion — is the everyday banter that comes between couples once they start their ‘happily ever after’. That’s what I love about Nick and Nora Charles. They come from opposite worlds and yet click so well together. I wonder what their courtship was like. Did they struggle like a typical romance couple…she the rich heiress and he the blue-collar gumshoe who come from different backgrounds? Or was it chemistry when they met and neither cared about the differences? I like to think it was the latter. I can’t imagine Nick worrying too much about what Nora’s family would think of him.

I love how Nora can keep up with Nick on the quips and while they tease each other, you can tell they love and respect each other. And then there is the humor. I like angst as much as the next reader, but I love quirky characters, funny situations, and engaging banter.

If you’re not familiar with Nick and Nora, you can read The Thin Man

movies are my favorite starring William Powell and Myrna Loy.