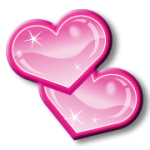 I thought I’d give an update on what’s going on in Jenna’s world.

First… HUGE THANK YOU to all of you who have read ‘Til Death Do Us Part! And an extra hug to those of you who’ve left a review on Amazon or comment on Facebook. Writing is a lonely venture. It definitely is a challenge to the ego; one minute you think you have something great and the next minute it’s horrible. It’s you who validates the work and lets me know that my stories are enjoyable.

It’s nearly summer, so I’m working with my assistant on a great summer reading special. You’ll need to stay tuned for that.

As far as the Valentines are concerned, I do have more mystery, mayhem and romance planned for them. I’m currently trying to decide if their next adventure will involve a mystery being solved by Daniel and Kate, or if I should give Daniel and Kate their own story, with Jack and Tess as supporting characters. Or maybe I can just throw them all together. Perhaps you have an idea about that. Let me know. Anyway, while it may be some times before you get the next Valentine story, please know that they have more stories coming in the future.

Did you know that in November 2012, I won entry (one out of five writers) into a Harlequin pitch contest? Through that I was asked to send the first three chapters and after that the whole transcript. But by June 2013, I stopped hearing and wasn’t sure what that meant. But then in January and again last week, I heard that the assistant editor and senior editor were going to be talking about it. Of course they can still say no. Or maybe they’ll say they like it, but want some changes. So, fingers crossed!

I haven’t forgotten the Delecoeurs, who are going to get mixed up in gold and lost treasure, but I think I’m going to do something completely different for my next project (unless Harlequin calls in which case I’ll do what ever it wants me to 🙂 ) I have an idea for a story involving two women who where adopted from Romania as small children and who return to investigate their roots. I’m researching all sorts of folklore surrounding Romania… yes, including vampires…. but also much, much more. What I haven’t figured out yes is whether it will be better as a new adult story. I’m also going to attempt to learn some Romanian. If anyone has any suggestions on the best way to do that, short of going to live there, let me know. I was going to try Duolingo, but it’s Romanian course isn’t available yet.

Thank you to all the Jack and Tess fans who have followed and continue to follow their journey. I’m so grateful for you and your support!

‘Til Death Do Us Part is Published! Tess’ Easy Chocolate Truffles