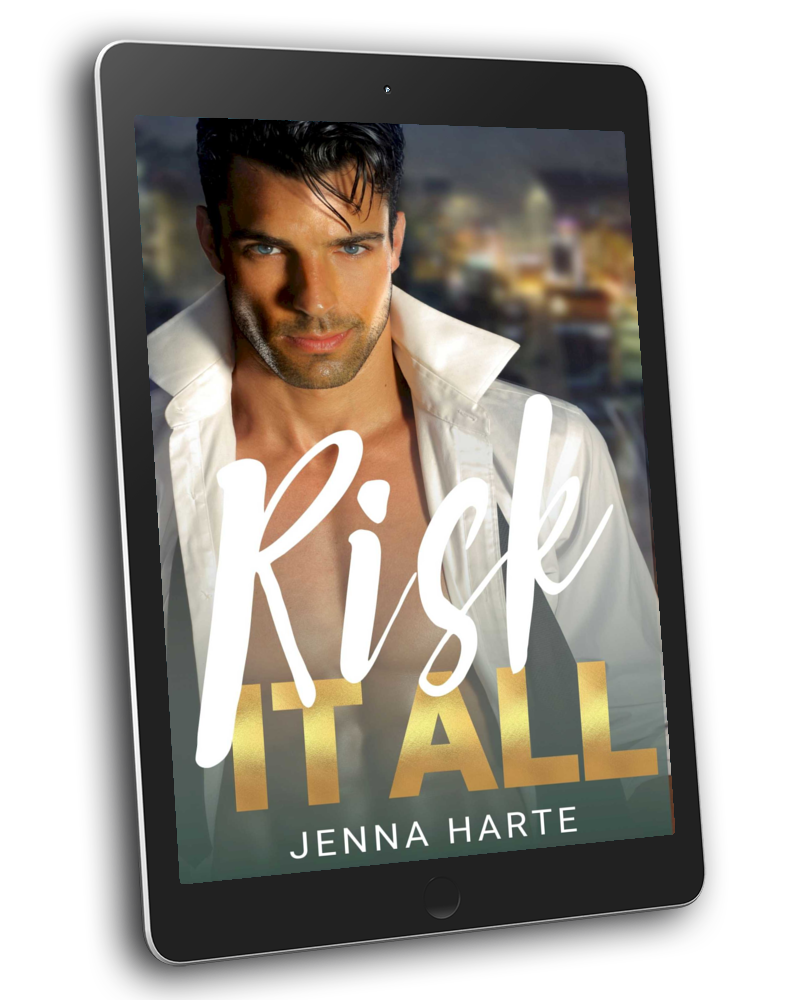 ⭐⭐⭐⭐⭐ Loved it! The story was sexy and fun with a touch of danger and – of course – lots of romance! … I hope their story continues! – Booksprout Reviewer

In the danger of the jungle, I’ll have to risk my life and my heart to survive.

There isn’t a woman in the world who wouldn’t want to get up close and personal with sexy, self-made billionaire bachelor, Max Delecoeur.

Everyone woman except me.

I know all too well about men like Max; Rich. Handsome. Egos the size of Mt. Everest.

And so greedy that they’ll do anything and hurt anyone to achieve profits.

Sure he acts horrified when I accuse his business of practices that hurt children a world away, but I don’t for a minute believe he really cares.

I have little faith that he’ll do anything to change, even when he agrees to accompany me to Africa so he can see firsthand who he does business with.

But as we traipse through the jungle to expose child labor atrocities and avoid poachers, it isn’t just my life that’s in danger.

Max Delecoeur is exactly the man I’d dreamed of finding before I learned that fairy tales were lies.

The more time I spend with him, the more danger I risk to my heart.

I can’t afford to fall in love again no matter how generous his soul or skilled his hands are when he touches me.

I want to believe he’s the man who can love me for who I am, but to do that, I’ll have to risk it all.

Risk It All was previously published at Worth the Risk. It’s been expanded and changed from third person to first. 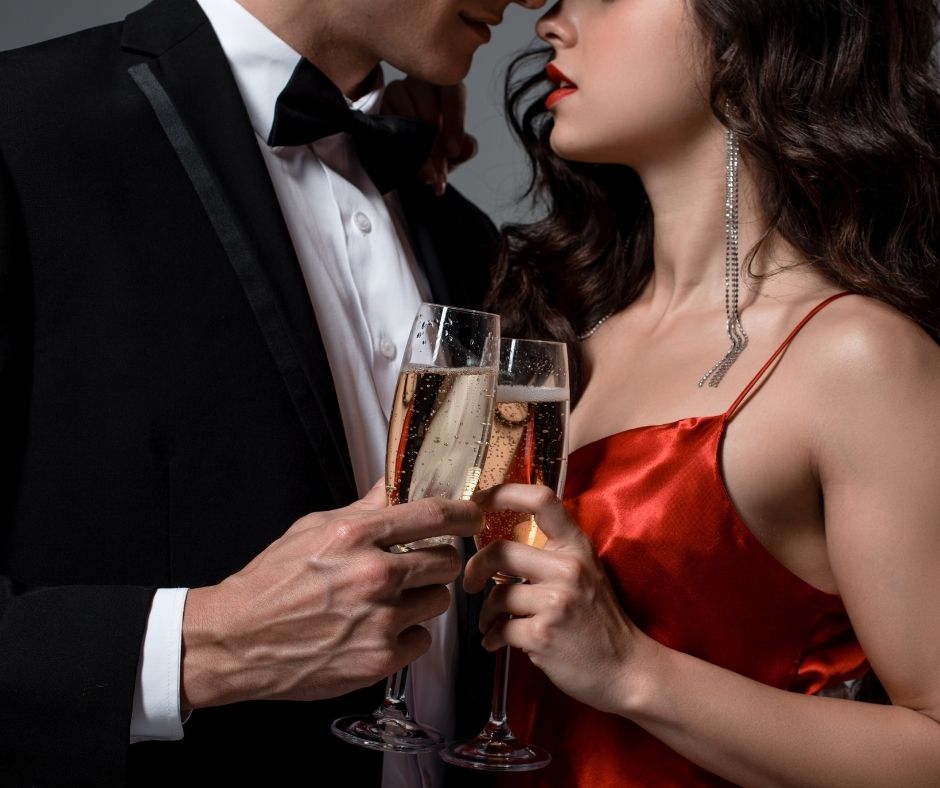 I turn to look where Cara Colby’s saucer-wide eyes and gaping mouth are focused.

“I told you, didn’t I?” my aunt, Senator Eleanor Hainsworth Bach says. “They don’t make them any more handsome than Max Delecoeur.”

They’re right. The formidable Max Delecoeur is more handsome than pictures give him credit for. My aunt and her aide aren’t the only ones to notice him either. I’m certain every woman at my aunt’s children’s charity event, eligible or not, is imagining what it would be like to be with the handsome, sexy, rich Max Delecoeur.

Every woman but me.

“Don’t tell me you don’t see it, Madeleine.” Eleanor purses her lips like there’s something wrong with me that I’m not falling under Max’s spell.

“Sure, I see it. I’m just not naïve enough to believe he’s got a character that matches his looks.” I know all about men like Max Delecoeur. Rich. Handsome. Egos the size of Mt. Everest. Even their obligatory charity appearances or donations can’t make up for their insufferable conceit.

“I hear he’s really nice.” Cara sighs as she watches Max smile and schmooze with the other guests gathered in the large New York hotel ballroom.

Not wanting anyone to think I’m the least bit impressed with him, I turn my attention back to Cara and my aunt. “Sure, he’s nice. I bet he’d be nice to you if you really want him to.”

“Yes, if you don’t mind waiting in line. Or getting out of the way when a new beauty comes along.”

“I bet he’s had to buy new bedposts to make room for all the notches.” I finish my champagne and set the empty flute on the try of a passing waiter.

“He had a love affair with that actress a couple years ago. What was her name? Jana Andrews,” Cara says.

“I doubt love had anything to do with their affair,” I quip.

“Don’t mind her.” Eleanor frowns at me. “She’s just mad about being dumped by that shmuck Chase Elliott.”

“I was not dumped! I dumped him.” The pain of my last relationship surges, reminding me why I need to avoid the Max Delecoeurs of the world.

“Thank goodness. I didn’t like him.” Eleanor scrunches her nose in distaste. “I’ve only met Delecoeur a couple of times, but he’s never struck me as being the ass that Elliott is.”

“But he has the same business practices.” I reach for another champagne from a passing waiter, hoping to dull the painful memory of Chase, and annoyance that I have to deal with it again. “Delecoeur works with companies doing some of the worst environmental damage imaginable.”

“People like Chase Elliott and Max Delecoeur are all alike. They think their good looks and money can overcome their one glaring weakness–they have no substance.”

I flinch in surprise at the deep masculine voice behind me, and then glare at an amused Eleanor who’d failed to signal that the subject of my rant was behind me.

Eleanor nods and then extends her hand. “Mr. Delecoeur. Thank you for attending. I know requests for charity benefits must overflow your in-basket.”

“Senator Bach. I wouldn’t miss one of your benefits.” He sounds smooth as he reaches around me to shake my aunt’s hand.”This is my aide, Cara Colby, and the rude one is my niece, Madeleine Hainsworth.”

I muster a smile and turn to him. Good lord, he is gorgeous.

From afar, I’d been able to see he was the total package when it came to handsome good looks. The epitome of tall, dark, and sexy, especially in his tailored tux. But up close, it’s his eyes that immediately draw me in. They are a crystalline sapphire blue, accented by a rim of jet-black lashes. They’re gorgeous and staring down at me not in indignation, but in amusement.

Even in the three-inch heels supporting my five-feet-seven-inch frame, I have to tilt my head up to look into his eyes. The fact that he is amused by me doesn’t annoy me as much as the sizzle of awareness that skitters over my nerve endings. Why am I always attracted to the wrong men?

Working to hold his gaze without blushing, I clear my throat. “Mr. Delecoeur. I’m sorry you had to hear that.”

“No doubt you are, but you didn’t answer my question.”

I know I should be polite, apologetic even, but I see the challenge in his eyes and can’t help myself. “I know because I’ve met many men like you. You think your looks and money entitle you to whatever you want. And society seems to agree because it caters to your every whim.”

“So, all rich, good-looking men are scoundrels?”

I think on his statement for a moment. “Yep, that about sums it up.”

“I see. Do you care to hear my assessment of beautiful, but insecure women?”

The bravado I’d been feeling drops away. “Not particularly.”

His pointed gaze never leaves my eyes and it’s all I can do not to shift or step back from its scrutiny.

“They are judgmental, bitter, and cowardly.”

There’s an audible snort from my aunt. Cara hides her snicker behind her champagne flute.

My jaw tightens. “I’m not a coward. Or bitter.”

“What?” I’m baffled by his response.

He smiles, and it’s as dazzling as his eyes. “Prove it. Dance with me.”

“I will not dance with you.”

I look to my aunt for support, and then Cara, but they’re too amused by the scene playing out to help.

I turn back to Max. “Look. I’m sorry if I offended you.” And I am. It’s not like me to be so openly rude, even to people with gargantuan character flaws.

“You can make it up to me with a dance.” He steps closer. Close enough I can feel the heat of his body and inhale the scent of his cologne. My body says, yum, but my brain tells it to shut up.

“I bet you’re a fabulous dancer.” His eyes sparkle with mischief and promise. A dangerous combination.

I cut my aunt a scathing glare, before speaking to Max. “You don’t have to do this.”

Swallowing the torment swirling around my head, I say, “You don’t have to dance with me to try and make me see that you’re a decent man.”

“That’s not why I want to dance with you. It would be a nice result though.”

“Then why?” I can’t figure out why he wants to dance, except maybe to shame me for my mean-spirited words.

He shrugs. “You wouldn’t believe me if I told you.”

I grow suspicious. “Try me.”

“Dance with me first.”

Curiosity has always been my Achilles heel. It serves me well as an investigative journalist, but on occasion, it gets me in trouble. Chances are, it is going to get me in trouble now, because my curiosity is piqued and my conviction not to dance waivers.