Author Lineup at the Drawn to Her Facebook Party

I’m giddy with excitement, not just because Drawn to Her will soon be released, but also, because a group of my author buddies have agreed to help me celebrate it over at the Facebook Drawn to Her Release Party on April 12, 2016. I hope you’ll be there too.

Below you’ll discover the authors and times of their appearances on April 12, so you can drop in, say hello. They’ll have fun activities and even cool giveaways.

PLUS, watch for pre-launch and launch day special … I’ll be giving away free novellas and more  to everyone who pre-orders or release day orders Drawn to Her! Keep your receipt and watch for details on getting your free books coming soon!!! 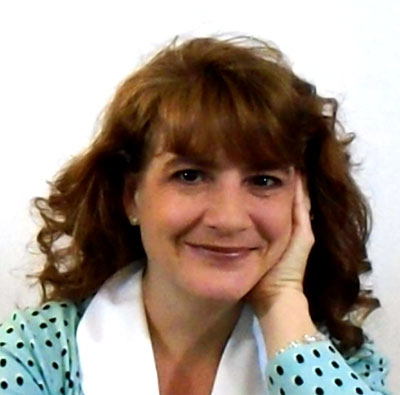 I’ll open the festivities from 11 to 11:30. You’ll want to stop by to see what giveaways are in store and get some insights into Drawn to Her.

Rachel will be visiting us all the way from the U.K. sharing her new release, One True Love, and a whole lot more. Learn more about Rachel and her books at RachelBrimble.com. 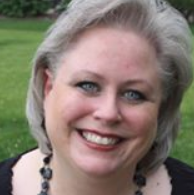 C. H. Armstrong will join us at noon eastern. Come learn about The Edge of Nowhere and discover what interesting goodies she has in store for you. Visit C.H. Armstrong’s website to learn about her.

C.J. has been writing since the age of ten and will be stopping by to share some of her brand new releases and other fun stuff. Visit C.J.’s website to learn about her books. 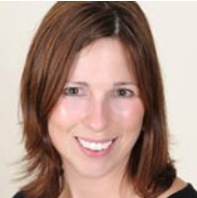 If you like romance and hot, male athletes, you’ll want to stop by the party to meet Charlene and learn about her Warrior series, and more. Visit Charlene’s website to learn more about her books. 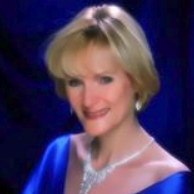 Don’t miss Monique Raphel High’s visit, where she’ll share her unique books, most of which set in Europe in the early 20th century. Visit Monique’s website to learn more about her and her works. 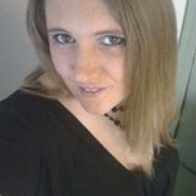 Don’t miss Kara Leigh Miller’s visit to learn about her new release Torn, and her other great romantic works, plus more cool stuff.  Learn more about Kara at her website. 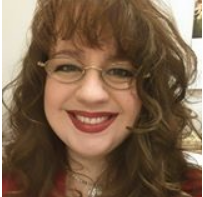 Stop by to meet Angel Nicholas and learn about her new release, Dying for Love, and other treats she has in store for you. Visit Angel’s website to learn more about her and her books. 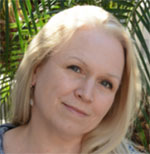 Stop by to meet Bianca, learn about A Thing of Beauty, an intriguing, historical romantic/suspense that is like no other.  and more. Visit Bianca’s author page to learn more.

Looking for some new adult fiction? Kelly Cain will be stopping by to introduce her new release, Altered, and other fun stuff. Learn more about Kelly at her website.

Stop by to learn about debut author Kelly Eadon and her book The Wedding Date, and more. Learn more about Kelly and her musings at her website.

Stop by to say “Hi” and learn about Anna James, who has several romance series under her belt. Visit Anna’s website to learn more about her and her books.

Like a little of everything? Kyra Jacobs writes romance, fantasy and romantic suspense, and you can meet and learn more about her works. Visit Kyra’s website.

Stop by to learn about Nicole’s Heros of the Night Series, book two of which will be coming in April. Visit Nicole’s website to learn more about her books.

Jim like to refer to himself at the token male romance writer. Don’t miss meeting him and learning more about his works, including his newest release, Take Two. Check out Jim’s website to learn more.

And at 7:00 pm, I’ll be closing down the party, announcing winners to giveaways and giving you and the author’s a big THANK YOU for attending.

Review: Rescued by the Ranger

Rescued by the Ranger by Dixie Lee Brown
My rating: 5 of 5 stars

A sexy Army Ranger with a loyal dog and a feisty red-head…what’s not to like, and I did like Rescued by the Ranger by Dixie Lee Brown. One thing that I liked the most is that the characters weren’t the same old, same old you find in many romance books. Garret is a wounded Army Ranger who knows that his future is either at a desk or out of the Rangers. In most books, those guys are broody, surly, and closed off. Not Garrett. He’s open, loving, and willing to risk his life for a stranger.

Rachel has a difficult past (and present), and while she is “hiding,” she’s not a mouse. Instead she’s feisty and independent. There were a few moments that I wanted to shake her and remind her Garrett is a Ranger and maybe he could help, but of course, tension is what keeps a story moving.

Also, in the not as you’d expect department, was Garrett’s father, who could have easily become the quintessential rich, powerful, bad guy, but in the end, he was a guy who made bad, maybe even selfish decisions, but wasn’t a bad buy deep down.

One last bit I liked about Rescued by the Ranger was how it moved. I’m one of those people who don’t like too much description. I prefer action and staying as much in the story as possible, and Dixie does that well.

View all my reviews

Romance, College Life, Sports… Find it in On The Rebound

I’m pleased to announce that my fellow Penner Author, Jim Cangany’s new release comes out today. If you like sweet romance, sports, college life or just an HEA, you’ll want to check out On the Rebound

ON THE REBOUND IS NOW AVAILABLE!

On The Rebound is a sweet, sports romance set on the campus of fictional Irving University. It’s a story about second chances and features a women’s college basketball team. Here’s a teaser for you.

After he’s caught in a grade fixing scandal, men’s college basketball coach Greg Miller is thrown a lifeline when an old friend offers him a job with the small-school Irving University women’s team.

Academic Advisor Ciara Monaghan knows first-hand the heartbreak and havoc a cheating man can wreak. She wants nothing more than to protect the University’s reputation by seeing to it that Greg’s stay at Irving is short.

The last thing either of them wants is the attraction they can’t deny. Can a struggling member of the basketball team bring them together to see how wonderful a second chance at life, and love, can be?

Jim Cangany was forty pages into his first manuscript when he realized it was a romance. He went with it and has great joy writing sweet, contemporary love stories. A lover of things that go fast, when Jim’s not writing, you can probably find him checking into the latest from IndyCar or pro bike racing. He lives in Indianapolis with his saint of a wife Nancy, his sons Seamus and Aidan, and the princess of the house, kitty cat Maria.

BUY NOW AT YOUR FAVORITE RETAILER!

The Edge of Nowhere: Available today!

IN BOOKSTORES AND ONLINE TODAY!

Fellow author (and new friend) at Penner Publishing, C.H. Armstrong’s book The Edge of Nowhere comes out today. I wrote a review of it in December, and encourage you to check it out. Based on true-life stories about Oklahoma in the 1920s and 1930s, it follows Victoria through ups and downs of surviving loss in all forms. Check out the synopsis and book trailer below and then grab your copy (print or ebook).

The year is 1992 and Victoria Hastings Harrison Greene—reviled matriarch of a sprawling family—is dying.

After surviving the Oklahoma Dust Bowl and the Great Depression, Victoria refuses to leave this earth before revealing the secrets she’s carried for decades.

Once the child of a loving family during peaceful times, a shocking death shattered her life. Victoria came face to face with the harshness of the world. As the warm days of childhood receded to distant memory, Victoria learns to survive.

No matter what it takes.

To keep her family alive in an Oklahoma blighted by dust storms and poverty, Victoria makes choices—harsh ones, desperate ones. Ones that eventually made her into the woman her grandchildren fear and whisper about. Ones that kept them all alive. Hers is a tale of tragedy, love, murder, and above all, the conviction to never stop fighting.

OFFICIAL VIDEO TRAILER FOR THE EDGE OF NOWHERE

C.H. Armstrong is an Oklahoma native transplanted in Minnesota. A 1992 graduate of the University of Oklahoma, “Cathie”is a life-long lover of books, and staunchly outspoken on subject of banned and challenged books. The Edge of Nowhere is her first novel and was inspired by her own family’s experiences during the 1930s Oklahoma Dust Bowl and The Great Depression.

PURCHASE A COPY OF THE EDGE OF NOWHERE ONLINE NOW

Review: The Edge of Nowhere

The Edge of Nowhere by C.H. Armstrong
My rating: 5 of 5 stars

I have a fairly limited reading interest. If it doesn’t have a good HEA ending, I’m hesitant to read. It’s the reason I tend to avoid “literature,” which often ends badly. So I was a little worried I wouldn’t like C.H. Armstrong’s The Edge of Nowhere, a historical fiction set during the Depression, smack dab in the middle of dust bowl of Oklahoma.

I won’t deny the difficulties the protagonist, Victoria Hastings Harrison Greene are heart- wrenching and extremely difficult to read at times, yet Victoria’s grit keeps you sticking with her, wanting to see how she pulls through the next challenge.

At the beginning of the story, Victoria suffers great losses that make an impression on the eight-year old about the pain suffered when one allows love in their life. She is fortunate that she is taken in by a good family and at 18 marries a good man, forcing her to slack off on her “no love” vow. But then, the hardship comes from all directions. The depression, death, destruction… you name it, Victoria is forced to endure it. With an iron will and a willingness to do anything (and I mean anything) to ensure the survival of her children (12 total), Victoria makes it through. Unfortunately, she loses a little bit of her humanity during the process. As a result, her grandchildren experience a miserly, mean, old woman. In response, Victoria pens her story, so her grandchildren can understand that survival of the family came with a price.

I can imagine this book being read in schools to showcase the difficulties experienced during the depression. But the insights go beyond the fall of the economy and the dust bowl to cover other issues of the times, such as the poor attitudes towards and limited resources for women, lack of health care for easily treatable diseases, poverty, and more importantly asking the reader the question…do you have the stamina to survive and what are you willing to do to insure your survival.

The book is based on real-life stories, which increases the depth of what you learn about that time and place in American history. For example, I knew of the dust bowl, but I hadn’t known that the dust itself lead to many deaths or that people would wake up in the morning with their homes filled with dust.

It’s a fascinating story about a significant period in American life. While I wouldn’t say it has the traditional HEA ending, Victoria does endure.

View all my reviews