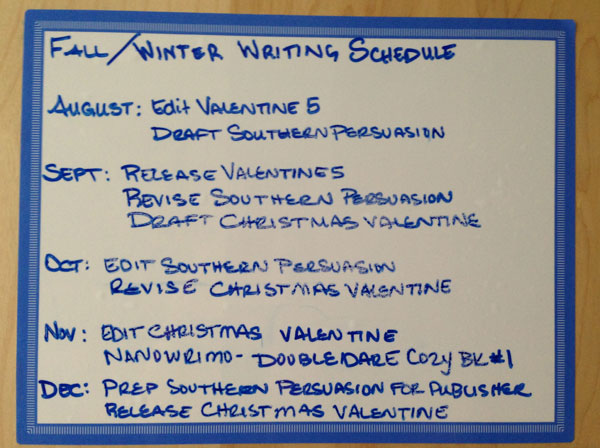 I’m not freaking out about being woefully behind in NaNoWriMo because I’m having so much fun on the Deadly Valentine blog tour. Plus, I’m on the last chapters of Old Flames Never Die, Valentine Mystery book two, which is way more important than 50,000 words, right?

The blog tour has been awesome. Not only can you find reviews and articles, but you can enter to win a free copy of Endangered. In case you missed it, check out the sites below:

Day Two: Inside BJ’s Head, which included a great review.

Day Three: Up All Night Reviews, which despite it’s name didn’t have a review but had a guest post by moi!

Day Four: My Cozy Corner, with a 5-star review

Today is the first day of a two week blog tour, where I answer interview questions, write articles and even give away books. Today I’m at Reading Addiction Blog Tours for a meet and great and book giveaway. You’ll be able to learn a little about my writing process, my challenges and what I’m working on now. Plus, you can enter to win a free copy of Endangered.

I’m doing a blog tour for Deadly Valentine the week of November 12th. My tentative schedule is as follows: